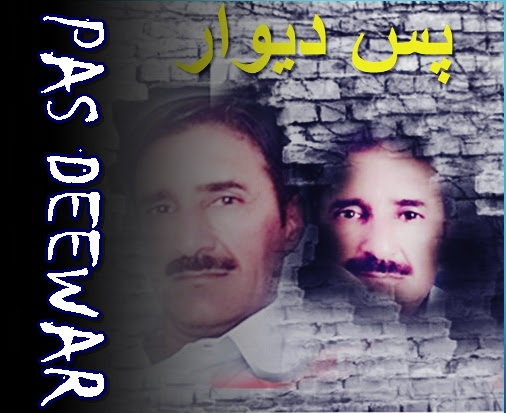 Dear learner, you are not an ordinary creature. You have been chosen by The Creator to reorganize and beautify His creation. The Creator has picked you to carve out design out of the chaos. The Creator has assigned to you the role of bringing sense and coherence into jumbled mess around you. You are to be a role model for others, not an ape stuck in the rut. You are to inspire change, not force it. You are to bring the best out of yourself, not to be content with what your teachers ask you to do. You have to push your teachers into opening new doors. Being good doctor or engineer is not enough to make change happen; you have to be a reformer also. You have to have in your hands the Midas touch of turning mud into gold. And that Midas touch is your attitude- attitude of changing yourself for the better first instead of asking others to change themselves. The moment you change yourself, the others will start changing! Go and do it! 4 DECEMBER 2016

For a great tree death comes as a gradual transformation. Its vitality ebbs slowly. Even when life has abandoned it entirely it remains a majestic thing. On some hilltop a dead tree may dominate the landscape for miles around. Alone among living things it retains its character and dignity after death. Plants wither; animals disintegrates. But a dead tree may be as arresting, as filled with personality, in death as it is in life. Even in its final moments, when the massive trunk lies prone and it has moldering into a ridge covered with mosses and fungi, it arrives at a fitting and noble end. It enriches and refreshes the earth. And later, as part of other green and growing things, it rises again.
– Edwin Way Teale – 7 DECEMBER 2016

You yourself are your best company. You can share with yourself all your joy and sorrow without fear of sharing it with wrong person. You are always in safe hands when you are with yourself. You know yourself inside out so you have the answers to all your questions. Even if you happen to hurt yourself, you won’t feel degraded. So instead of looking for your best match else where, turn to yourself. You are never alone in your own company. 8 DECEMBER 2016

I have always been surrounded by bad people. I have had sittings with most ignoble characters. I have been spending time with the most roguish souls. Still I haven’t caught the infection. How? Just because I know the value of good people. I understand the worth of noble characters; I feel the efficacy of virtuous souls. It’s that simple! 10 DECEMBER 2016

Be free, white and twenty-one :
There is a famous quote that reads as ‘ teachers open the doors, you enter by yourself.’ It means you should look around for clues, but you must find the solution yourself. You yourself know all about yourself that can bring the best out of you. You will come across roads to Damascus that will decide your destiny. You have to be watchful while choosing your road amongst those roads. Don’t let yourself to be pushed into someone’s shoes. Assess your capability and shortcomings and make your decision. Be free, white and twenty-one- be a master of your destiny! 12 DECEMBER 2016

If you can’t remove hurdles of your way, change your way.13 DECEMBER 2016

One of the many reasons for the bewildering and tragic character of human existence is the fact that social organization is at once necessary and fatal. Men are forever creating such organizations for their own convenience and forever finding themselves the victims of their home-made monsters.
– Aldous Huxley – 14 DECEMBER 2016

Mind asked me to be hostile to misfortunes but heart suggested being friendly to them. I became friendly and misfortunes were no longer bitter because they were my friends. – 17 DECEMBER 2016

You will rise with your heart and fall with your mind. Let your heart do thinking and mind keep the records. It’s a management case. 19 DECEMBER 2016

So many status updates posted on Facebook only reveal how outdated many people are. Such outdated people are recycling their intellectual debris. By updating your status you can’t get updated unless you upgrade your intellectual mechanism.

Imperfection keeps you always going. Perfection brings stalemate. You stop looking around, you stop wondering, you stop getting excited. You become motionless, directionless and clueless. You start withering, drooping and falling. So never aim at perfection. Whenever you think you are nearing perfection, bring some imperfection to your rescue.
25DECEMBER 2016

Ardent love gives us hope to win something. Passionate hatred fuels our will to remove anything standing between us and the thing sought after. That’s where most trouble lies.
We become focused on one particular spot for getting things done. In any given situation there are a number of spots to fix the issue. You want to be satisfied by looking at the moon from your own rooftop, but what’s wrong with looking at the moon from your courtyard. Changing your position does affect moon’s beauty. You can enjoy it from anywhere.
So don’t let your real love be displaced by unreal hatred. 28 DECEMBER 2016

Education is more than a luxury;it is a responsibility that society owes to itself.
– Robin Cook
The most crucial element of this responsibility is to make education a tool for positive change. Education should aim at changing attitudes of the learners instead of only making them mechanical gadgets. Without sense of responsibility education becomes poison presented as panpharmacon. 29 DECEMBER 2016

You can’t experience the new year with defunct mentality.
Zafar Niazi
I have just watched new year celebrations at the Sydney Harbour Bridge. It was simply outlandish and gorgeous. It shows how much the developed world has put its will, passion, skill, sincerity, commitment and vision into its people.
As for this part of the world, Pakistan, you can only dream of such show of splendor and glitz.
I feel living on Timbuktu when compared to New Year Eve celebrations at the Sydney Harbour Bridge. 31 DECEMBER 2016