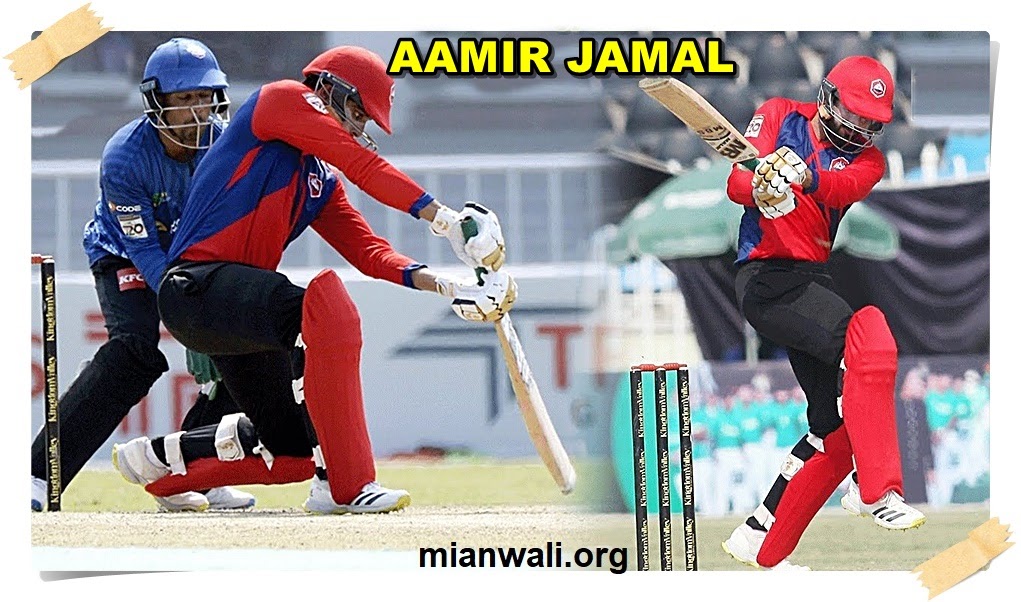 Aamir Jamal  ,Born in Mianwali on July 05, 1996, Mianwali, the 26-year-old Aamir Jamal earned his maiden call-up to the national side for the England series in 2022.

Jamal, represented Northern in Pakistan domestic cricket, made his first-class debut in September 2018, and his List A debut in 2022. He started off playing for Pakistan Television in the Quaid-e-Azam Trophy and One-Day Cup, picking up four-wicket and three-wicket hauls in his maiden outings respectively.

Jamal has progressed through the ranks through age-level cricket in Pakistan, playing inter-district Under-19 tournaments in Islamabad in the early 2010s. In 2014, he earned his chance in the Pakistan U19 team, playing against the touring Afghanistan U19 side that featured the likes of Rashid Khan and Hazratullah Zazai. He went on to feature in the now-defunct PCB Patron’s Trophy – a grade II competition – until 2018, going on to make his first-class debut that year.

Speaking to the PCB ahead of his Pakistan debut, Jamal revealed that in the 2019/20 season, he was a net bowler for the Pakistan team against touring Bangladesh and Sri Lanka sides. “The exposure acted as a motivator – they [international players] are like us, they have worked hard, why can’t we?” he said.

Part of the squad for the seven-match T20Is against England, Jamal found out about his debut ahead of the fifth game from Saqlain Mushtaq, the Pakistan head coach.

“I got to know from Saqi bhai [Saqlain Mushtaq”], who said: ‘Congratulations, you’re playing tomorrow morning’,” Jamal said. “I was like: ‘Should I start crying?’” 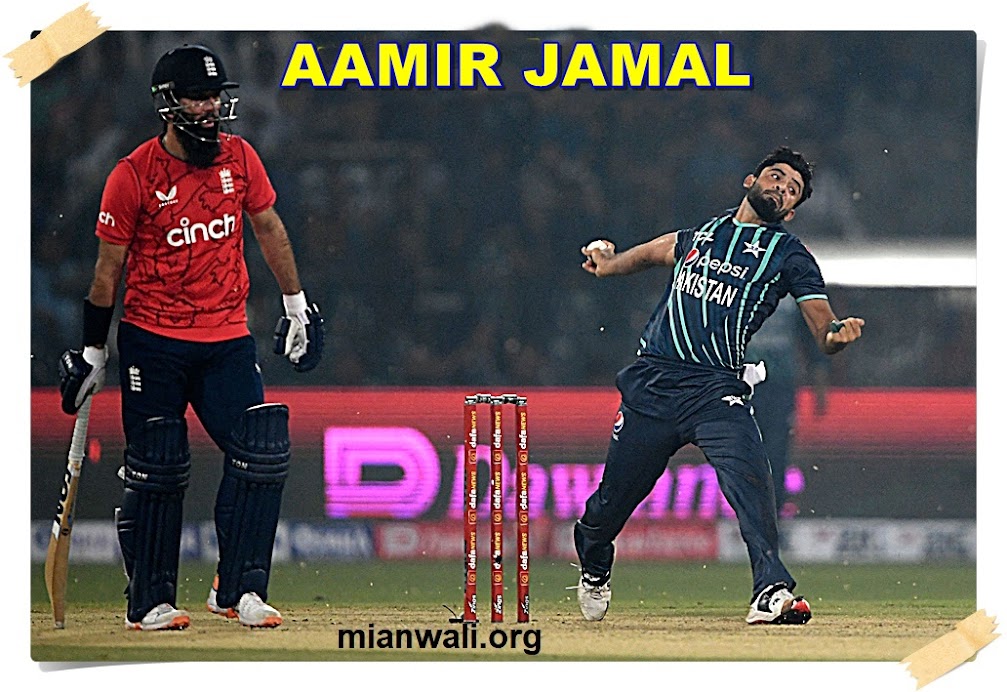 “I represented Pakistan at the U19 level, then there was a four-year gap,” he recalled. “But I didn’t give up. Never compromised on hard work. There were many others who quit and left, but I kept saying ‘No, I will keep going on. I can do it.’ Self-belief was there. Never stopped backing myself”.

On debut, Jamal was entrusted with bowling the 20th over, with England’s pair of Moeen Ali and David Willey requiring 15 runs. The self-belief showed, with Jamal nailing the wide yorkers in a crunch situation, giving away just eight runs.

“Babar said we’ll stick to one plan, and asked me what it would be,” Jamal said after the game. “He asked me, and I said: ‘Wide yorker’. He asked again if I can pull it off, and I said yes. He set the field and said: ‘Even if it’s a wide, stick to your plan. I stuck to it and executed it.

“I felt under pressure before the first ball [of the last over], but after that, there was no pressure”.

Words of praise have only been pouring in for Aamer Jamal since. It could just be the beginning of something wonderful.