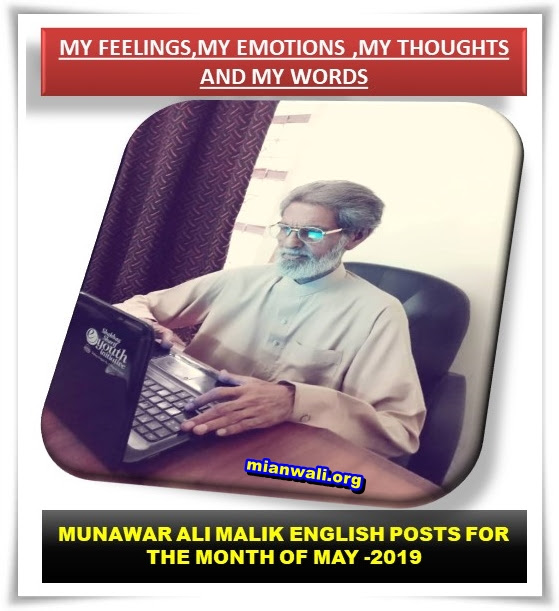 An interesting assignment.
Rewrite the following sentences replacing the words in commas with words of the same meanings :
1. The teacher was ‘annoyed’ with him for missing the class.
2. I am ‘pleased’ to know that you have got a good job.
3. I was asleep when you ‘rang up’,
4. She was ‘preparing’ chicken for dinner.
5. He did not ‘answer’ my question.   with thanks Professor Munawar Ali Malik – 1 May 2019

Change the given passage into the Present Tense :

He got up early in the morning, and went to the kitchen. His wife had gone to her parents who lived in Karachi. Therefore he had to make his own breakfast, He made a cup of tea, and came back to his bedroom. He opened a pack of biscuits. He put the biscuits on a plate.  with thanks Professor Munawar Ali Malik – 3 May 2019

Change the given passage into the Past Tense:

I know that I can’t solve this problem alone.Therefore I ask you to go with me and speak to my father. He may listen to you and let me go to Saudia. If I miss this chance I’ll never have another to get such a well-paid job.   with thanks Professor Munawar Ali Malik – 4 May 2019

During Ramazan ul Mubarak we may find it hard to continue our class at the usual time. So let it be a month off.
But please don’t forget to pray for me during this holy month.

My morning Urdu posts will, nevertheless, continue as usual.   with thanks Professor Munawar Ali Malik – 5 May 2019

SOME ONE TO LOOK AFTER 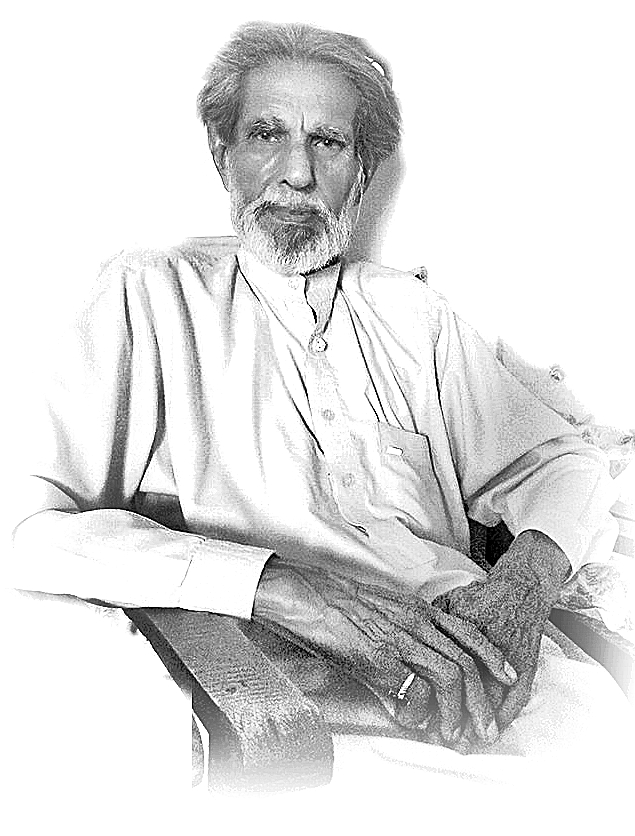 “Hold it fast, there. Ouch! There is goes, hang it,” groaned uncle Toosi.

It, hang it or not, in the present sense meant a brand new refrigerator which, in the process of toppling, had occasioned this agonised Ouch because uncle Toosi’s left shoulder happened to stand in its way.

Uncle Toosi, since his retirement from the university, was bent on the becoming a handy member of the household. In vain had auntie Zeba tried to talk him out of it, highlighting disasters sometimes caused by acts of sheer goodwill. She had tried even tears. But fluids of any description could not damage the solid, insoluble determination of uncle Toosi. So he continued to play the leading role in the series of catastrophes which resulted in piles of smashed crockery and wrecked furniture.

Auntie Zeba’s protests gradually subsided into smart asides accompanied occasionally with a sneer or two, but never failing to bring a smile to the lips of the audience.

“It’s the last I’ll ever see of this precious tea set”, she would sign with reluctant resignation whenever she saw uncle Toosi heading for the kitchen with a tray of crockery. And her prophecies always came true. “What on earth has put the idea into the head”, she would sometimes wonder aloud. “Forty years with books and boys have reduced him to a brute. No feeling, no remorse, nothing which becomes a man of any dignity. What fun, I wonder, is there in playing a clumsy housemaid; clumsier, I should say, than the hussy we hired in Islamabad. She had at least one soft corner to her heart. That was why she almost cried her eyes out every time she broke something.”

But comparisons would not make up for ruined furniture and crockery. Something, she felt, have to be done to save what was left. And so she wrote to Jamil, her eldest son, an engineer in Karachi.

Could you. In Heaven’s name, take your Dad off my hands?

The letter baffled Jimmy, but so did everything his mother said. He, however knew that she always meant well. So he wrote back.

Would you, please, request Dad to spend a few days with us? We all miss him so much.

Experience had taught auntie Zeba never to address uncle Toosi with a direct request. She just placed the letter before him and waited till he looked up and demanded absently, “What’s this?”

“Why, a letter from Jimmy, dear, don’t you see? The naughty kid wants to have you with him at Karachi. But I don’t think you’d like to leave me alone, would you? Now…………”

“I’ll leave for Karachi tomorrow”, said uncle Toosi curtly, secretly pleased at the preference he hand, for the first time, received from his son. The curtness did not break auntie Zeba’s heart.

The next morning uncle Toosi left for Karachi.

A week later, Jimmy rang up his mother.

“Sad news, Mom,” he gasped, “Dad’s had an accident. Not too bad, thank Goodness, though he has lost both his legs. It happened this morning. He had been insisting on driving the kids to the school, and this morning I was obliged to allow him to do so. On his way back he rammed into a truck. You may be angry with me, Mom, but I had to let him have way because he threatened to leave back for Lahore if I didn’t.”

“I don’t blame you kid”, said auntie Zeba tearfully. “It’s all right. A sad occurrence, no doubt. But it was about just what I wished to happen. I wanted to look after him, Jimmy, but he wouldn’t allow me. You know how badly I have needed someone to look after since your kids grew up and didn’t need me any more. Bring him back to me, Jimmy, as soon as you can. He needs to be looked after, poor soul. I’ll ……….” 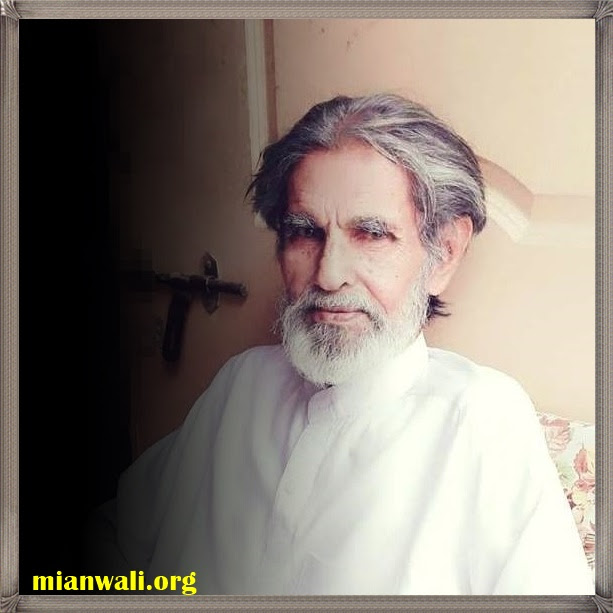 DEPLORACLE lack of initiative and originality has been one of our greatest misfortunes in the field of education. We import a theory, implement it, make a mess of things, leave it at that—- and then rush abroad to get hold of another theory only to repeat the unhappy experience.

And so our monkeying with various theories of teaching and learning English has done more harm than good.

The first and most devastating blow came in the late 1950s with the decision to set one whole paper for Middle and Secondary Stage examinations out of the prescribed text books. As a result, a student could easily get pass marks in English Paper ‘A’ without writing a single word of English. This focused the stress on translation, ignoring whatever else the textbooks were meant to teach. The teacher would read out each sentence of a passage, translate it into Urdu, repeat the reading and the translation, and then pass on to the next sentence. The students memorized the translation sentence for sentence —- and that was all for a pass in Paper ‘A’.

Later the credit for translation at Secondary Stage was brought down to 15 marks, and at middle stage to 25 marks, but the stress on translation never relaxed.

As for questions on comprehension, the keys, guides and test-papers have always seen to that part of the job. Our students find memorizing the answers easier than puzzling over sentence-structures and things.

With due regards for expectations, our early text-book writers, apparently themselves at sea, did well to avoid offering any material for practice in sentence-structure. Most of the textbooks contain poorly devised exercises in formal grammar conversion of active into passive voice, filling up sundry blanks with words from a given list, and odd bits of vocabulary. Here and there a substitution table was thrown in to give the prescription a modern look.

The current textbooks for Middle and Secondary stages make an honest attempt at teaching something of patterns and structures. But alas! how few of our teachers care to teach these books as they should be.

A recently introduced book of test items for Secondary stage Examination attempts to teach English through the multiple choice approach. One wishes the learned compilers had done something more helpful because multiple choice is unfortunately neither he only nor the best approach to teaching a language. It rather robs the students of opportunities to make their own sentences. Just ticking off the right word or sentence makes pretty poor addition to one’s knowledge of a language. It looks too much like doing crossword puzzles. English-speaking nations could well afford such idle games because they already know the language. We in Pakistan have rather to learn what a question means than rush in with the right answer.

Since 40 % of the questions in Secondary Stage Examination would come from this new book, the teacher and the taught would devote almost half their time to ticking away the experiences given therein. The other half would, no doubt, go into translating the textbooks into Urdu. Where actual teaching of English would wedge in beats imagination.

Most of our students who fail in English do possess the requisite vocabulary and ideas to make an essay, letter or summary of a lesson. What they sadly lack is the ability to marshal the vocabulary and the ideas into making correct sentences. Therefore any textbook or help-book which does not encourage and enable them to make their own sentences is just useless. The objective approach is all very well within certain limits; but in language teaching and learning, the limits, unfortunately, are too narrow.

At college level, the students have to plod through three to four textbooks. Our theory of teaching English at this level is based on the generous assumption that our students have already acquired enough proficiency to express themselves freely in correct English. Therefore, the exercises on reading-material are exclusively in the form of questions about situations, events and ideas. So here too the gap between the student’s ability to express himself and the requirements of the examination is filled up by help-books.

Grim though the situation looks, the picture is honest. I might have spluttered out some bitter truths but I have all along meant well. My 25 years of teaching English to school and college students ought to the regarded as an excuse for a little grandfatherly fuming which, mind you, is not always without meaning.